Head of School and Founder 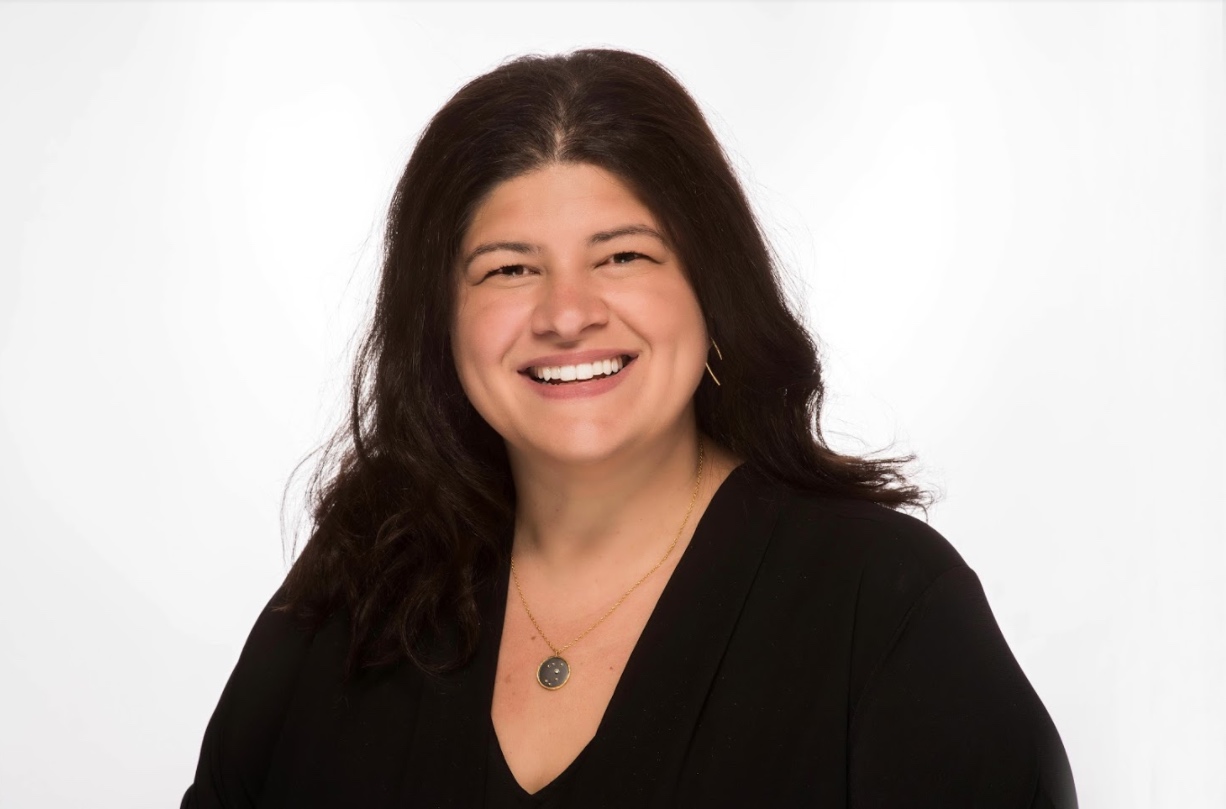 Gleendy Marte
Assistant Principal (3-5) - Gleendy was born and raised in NYC. She always knew she wanted to be a teacher.

Jessica Westerduin
Lower School Assistant Principal (PK-2) - Before Haven, for 5 years Jessica worked with another charter school; teaching in all

Spencer Munden
Spencer Munden brings over a decade of classroom, instructional, and school leadership experience to Haven Academy Elementary. His passion and

Shayika Sutton
Ms. Sutton was raised in Long Island NY. She attended the University At Albany (SUNY) in Albany NY, where she

Juliana Almeida
Juliana was born and raised in Brazil. She started her career in education while still in college, teaching English as

Gabrielle Johnson
Gabrielle was born in Jamaica and moved to the Bronx when she was in Middle School. She currently resides in

Dagni Pena
Dagni was born in Washington Heights. She always knew she wanted to have a positive impact on children's lives. For

MaNeya Arnold
Teacher - MaNeya was born and raised in Harlem New York. At the tender age of 14, MaNeya was employed

Ashley Baffour
Director of Programs (3-5) - Ashley was born and raised on Long Island. She attended the University of Connecticut, where

Emalie Berke
Teacher - Emalie grew up right outside of Hartford, CT. She comes from a family of educators, which includes both

Manaure Casiano
Assistant Teacher - Manaure was born and raised in New York City. He worked as a Dean of Students at

Melissa Dolphin
Teacher - Melissa was born, raised and still lives in Suffern, NY.  She joins the Mott Haven community after having

Dulce-Marie Flecha
Teacher - Dulce-Marie's mother, aunts, and cousins are teachers throughout New York City and, prior to immigrating, her great-aunt and

Carolina Garcia
Teacher - Carolina was born and raised in the Bronx, NY. She received her bachelor’s degree in Spanish language at

Jessica Greenwald
Academic Specialist (3-5) Jessica has wanted to be a teacher for as long as she can remember. Being a lover

Taariq Hurley
Assistant Teacher- Taariq was born in Harlem and raised in the Bronx. He is pursuing his bachelors in Psychology and

Rosanna Jimenez
Assistant Teacher - Rosanna was born and raised in the Dominican Republic and has always dreamed of working with children. 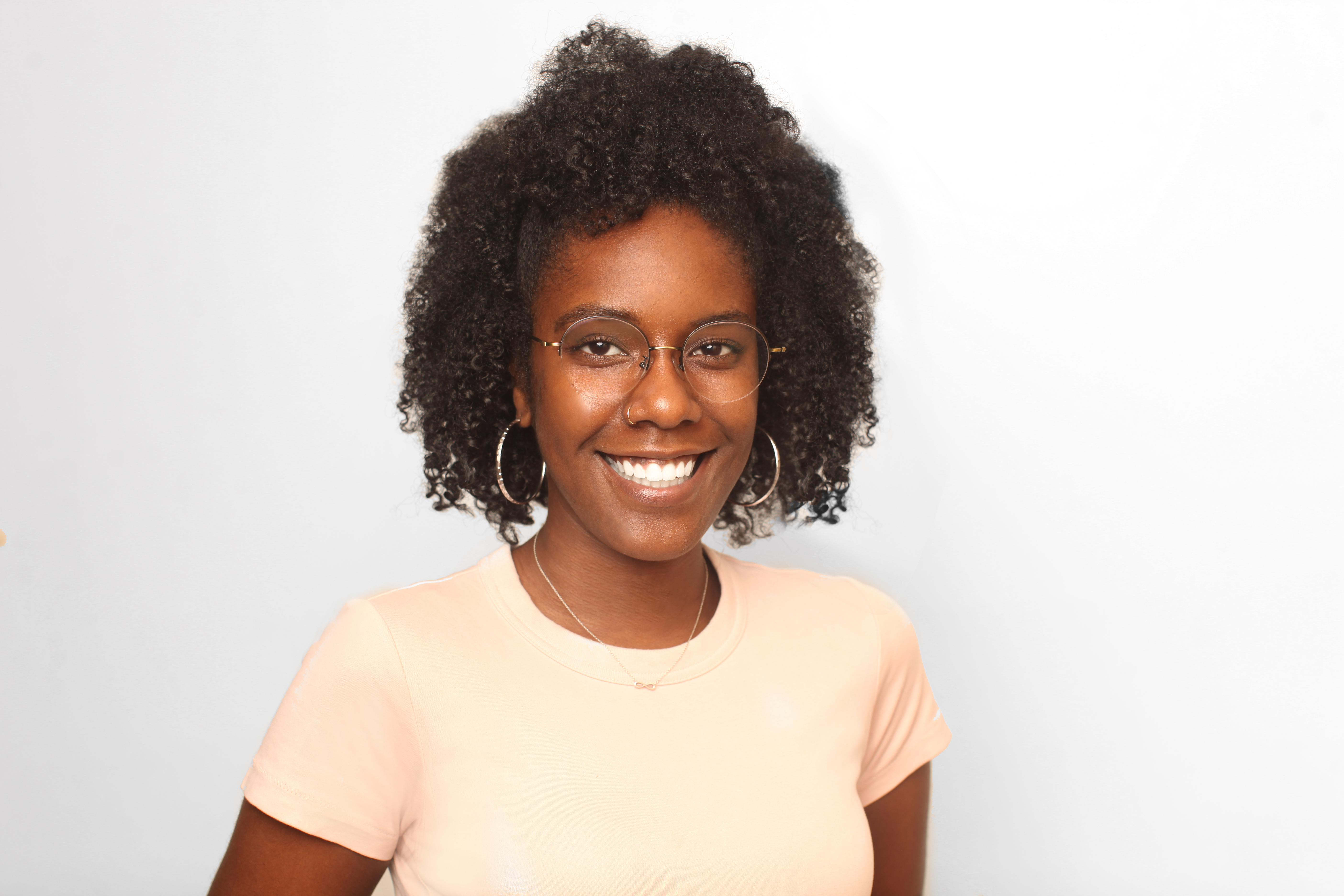 Damali Jones
Behavior and Data Specialist (3-5) - Ms. Jones was born and raised in the Bronx. Ms. Jones attended the State 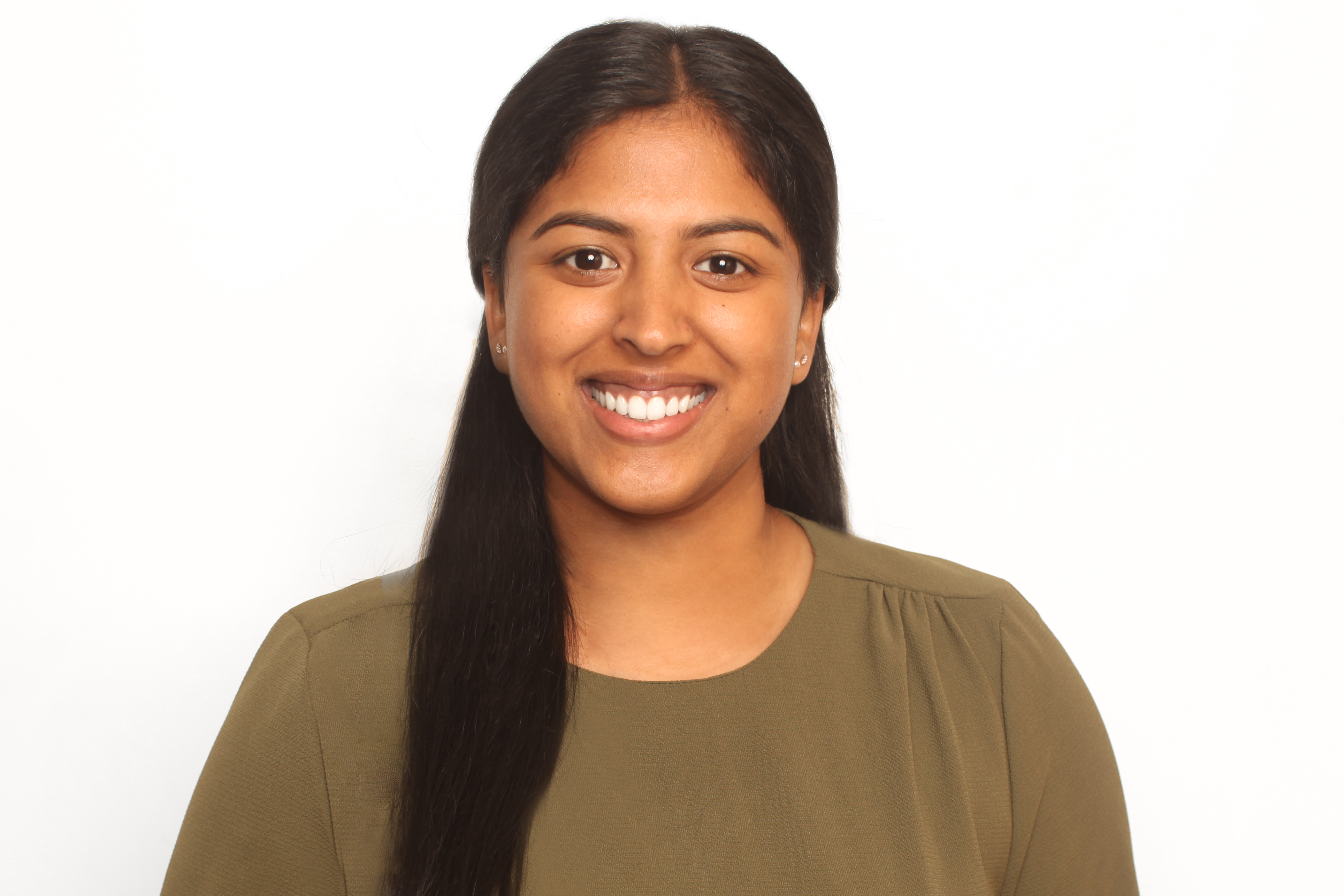 Yannick Kabore
Associate Teacher -  A native of San Francisco, California Yannick was raised in the Bronx, New York from the age 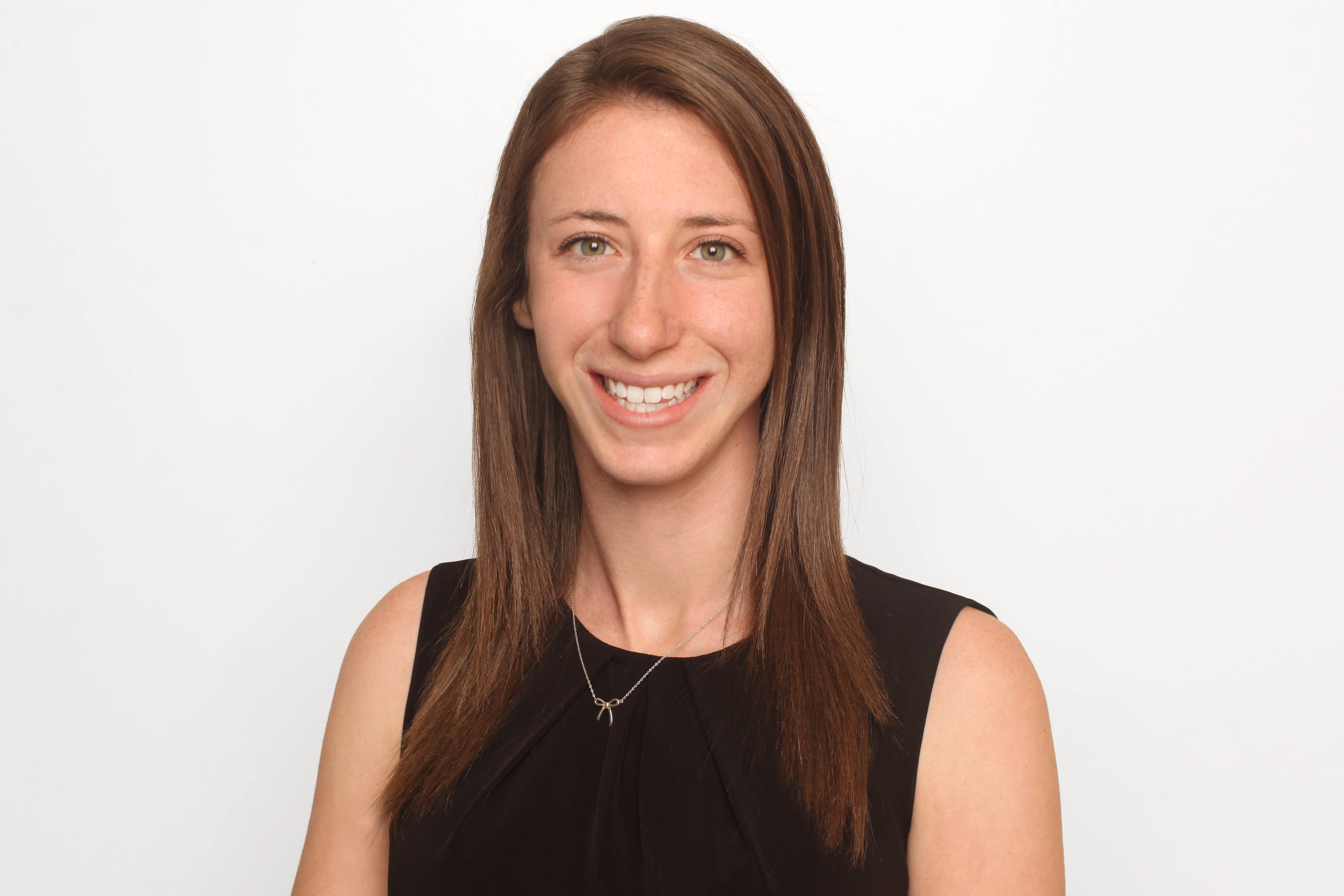 Lauren Katzenstein
Family and Student Specialist - Lauren was born and raised in Queens, NY. She received her bachelors degree in Sociology

Andrea Ruiz-Lopez
Teacher - Andrea was born and raised in San Diego, California. Even though her Bachelor’s degree from Wesleyan University was

Julie Lynn
Teacher- Julie was born in Brooklyn and raised in Barryville, NY.  She was always interested in being a teacher.  She

Theresa Maiello
Teacher - Theresa is very excited to join the Haven Academy team this year as a fourth-grade teacher. She grew

Samantha Noll
Teacher - Samantha has a passion for teaching that developed through her work in child advocacy and education. Samantha grew

Natalia Pena
Teacher - Natalia was born and raised in the Bronx, NY where she also graduated with a Bachelor's in Art

Sasha Redlener
Teacher - Sasha was born in Queens, NY. She received her Bachelor of Arts in Archaeology from George Washington University,

Jasmine Robinson
Teacher - Jasmine was born and raised in White Plains, New York. At the young age of 14, she volunteered

Jardy Santana
Teacher - Born in the Dominican Republic, six-year-old Jardy and her family moved to the South Bronx. Eager to emulate

Eric Lara
Teacher - Eric has wanted to be a teacher for as long as he can remember.  After graduating from Connecticut

Destine Rodriguez
Teacher- Raised in the Bronx, Destine began working at a sleep away summer camp in Montague, NJ and an after

Jaylene Ynfante
Jaylene is extremely excited to be a member of the Mott Haven Academy team this year as an ELA teacher.

Stephanie Slabic
Stephanie Slabic has had extensive experience as a classroom teacher, professional staff developer, and workshop designer and facilitator over her

Elsie Castro Powell
Born and raised in NYC, Elsie holds the Bronx near and dear to her heart. Elsie holds a Bachelor's degree

Kathleen McCann
Ms. McCann was lucky enough to move around a bit as a kid - she lived in New Jersey, Connecticut,

Adam Gorsline
Adam was born and raised in Westchester, New York. He received a BA in History from Quinnipiac University and spent

Raisa Chowdhury
Raisa, who was born in Bangladesh and immigrated to the United States during her middle school years, knows the difficulties

Aisha Chevry
Aisha Chevry was born and raised in New York, she grew up between Rockland County and Long Island. Aisha received 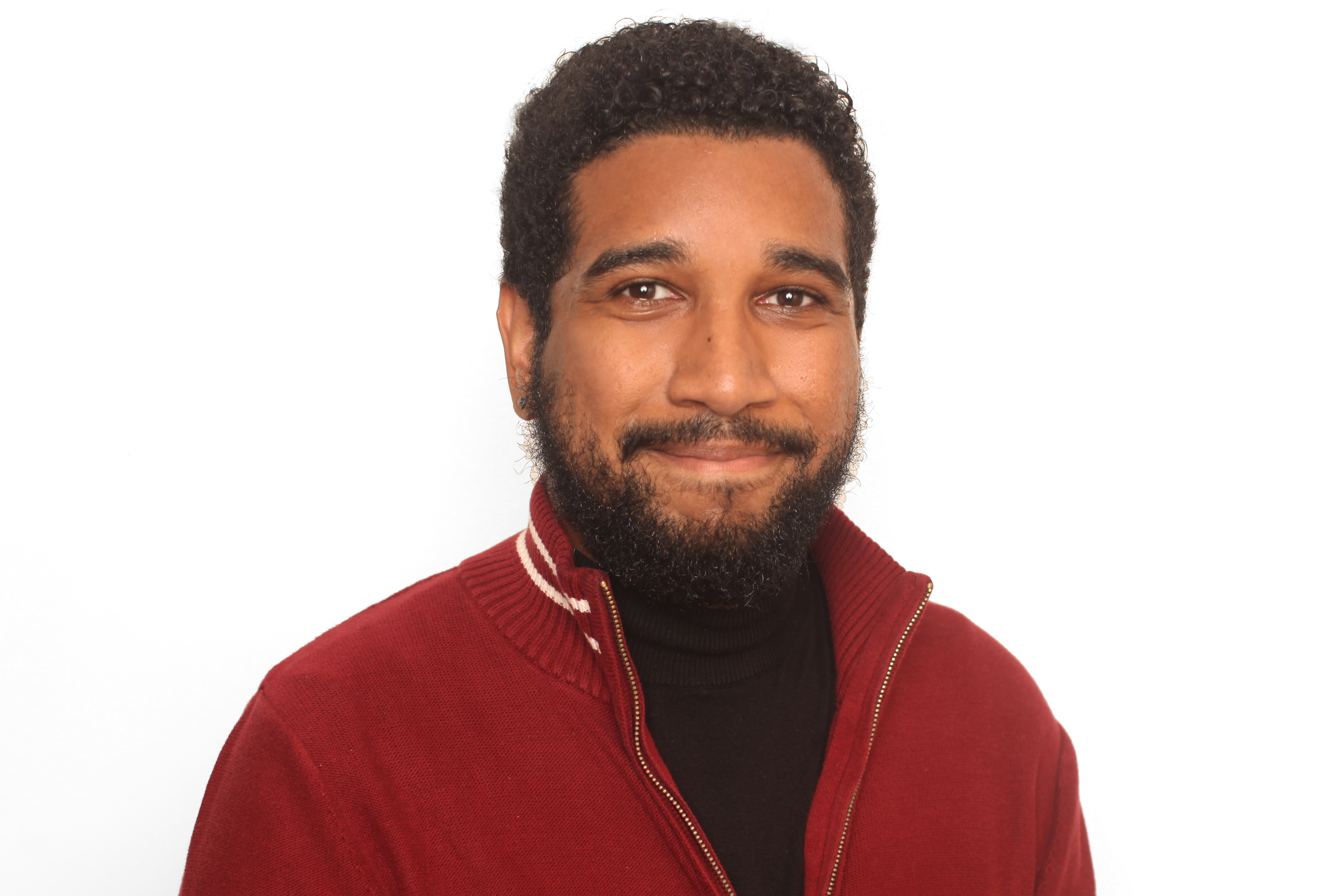 Samantha Bula
Art Teacher - Samantha was born and raised in the Bronx, NY. She received a Bachelors degree from the College 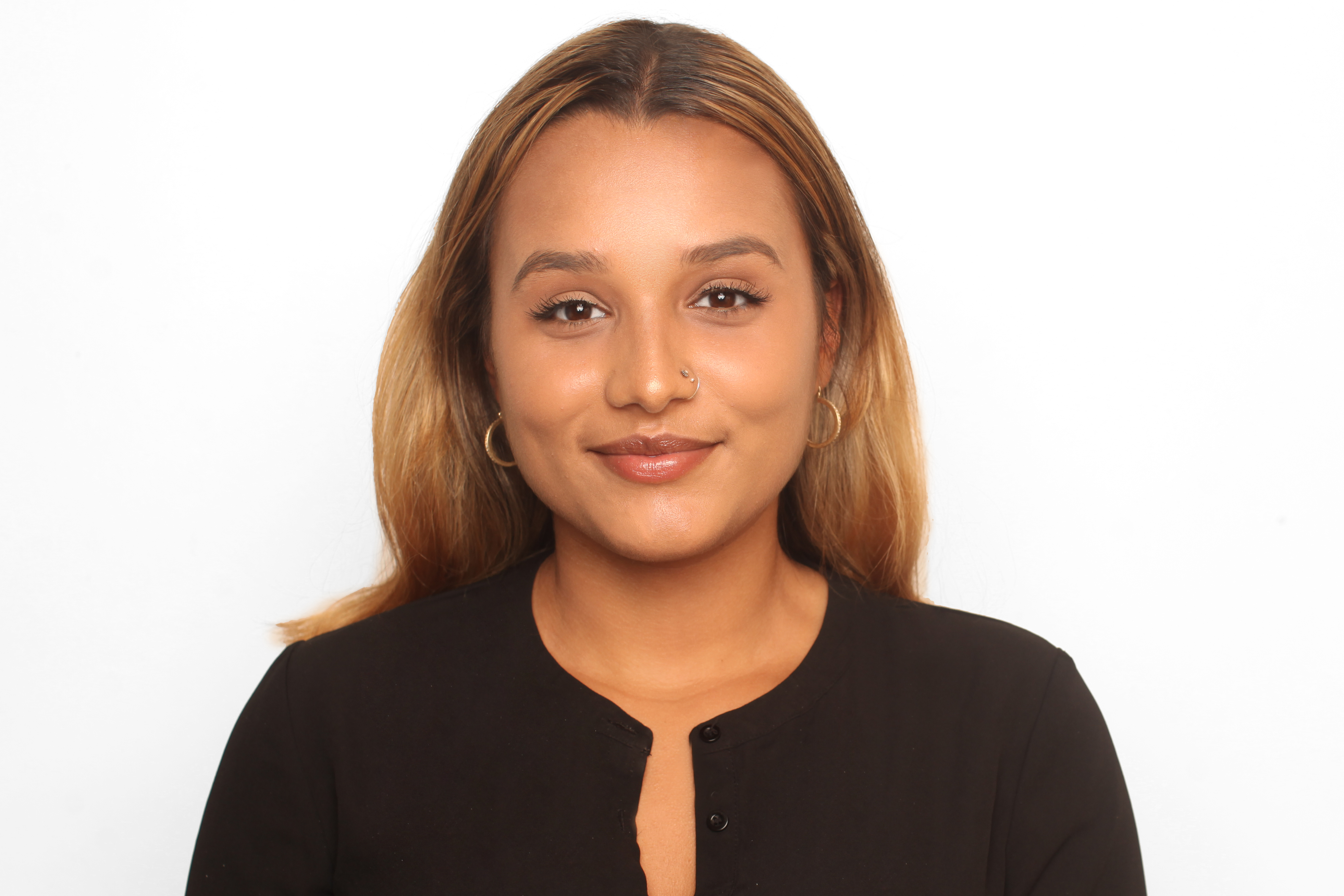 Tana Cambrelen
Teacher - A native Bronxite, Ms. Cam is excited to give back to her community as a middle school teacher. 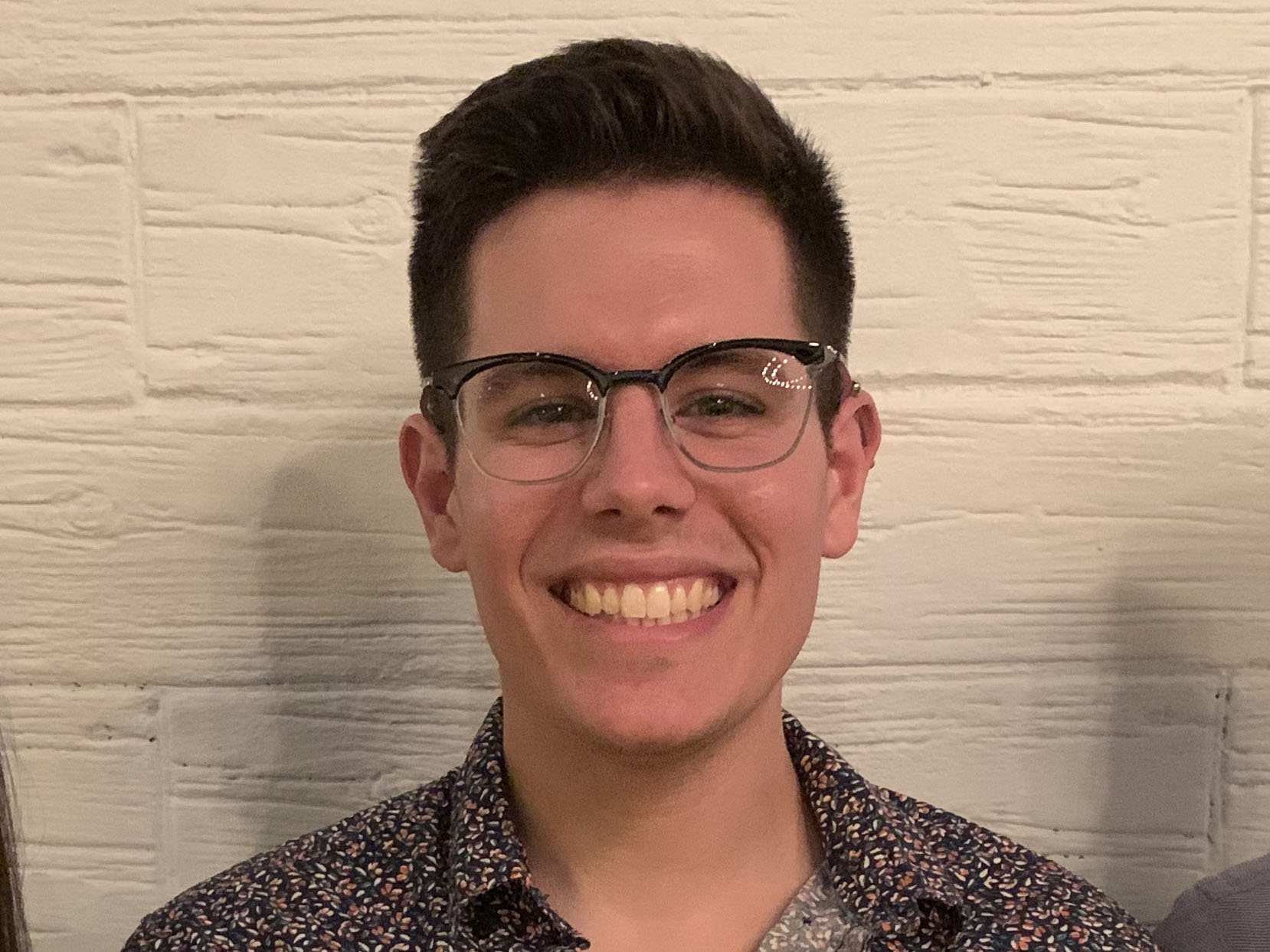 Lesley Clark
Teacher - Lesley was born in Cincinnati, Ohio, and comes from a family of educators. She attended Miami University of

Gwendy Fuentes
Director of Middle School Social Services - From early on in her childhood, growing up in Spanish Harlem, attending New 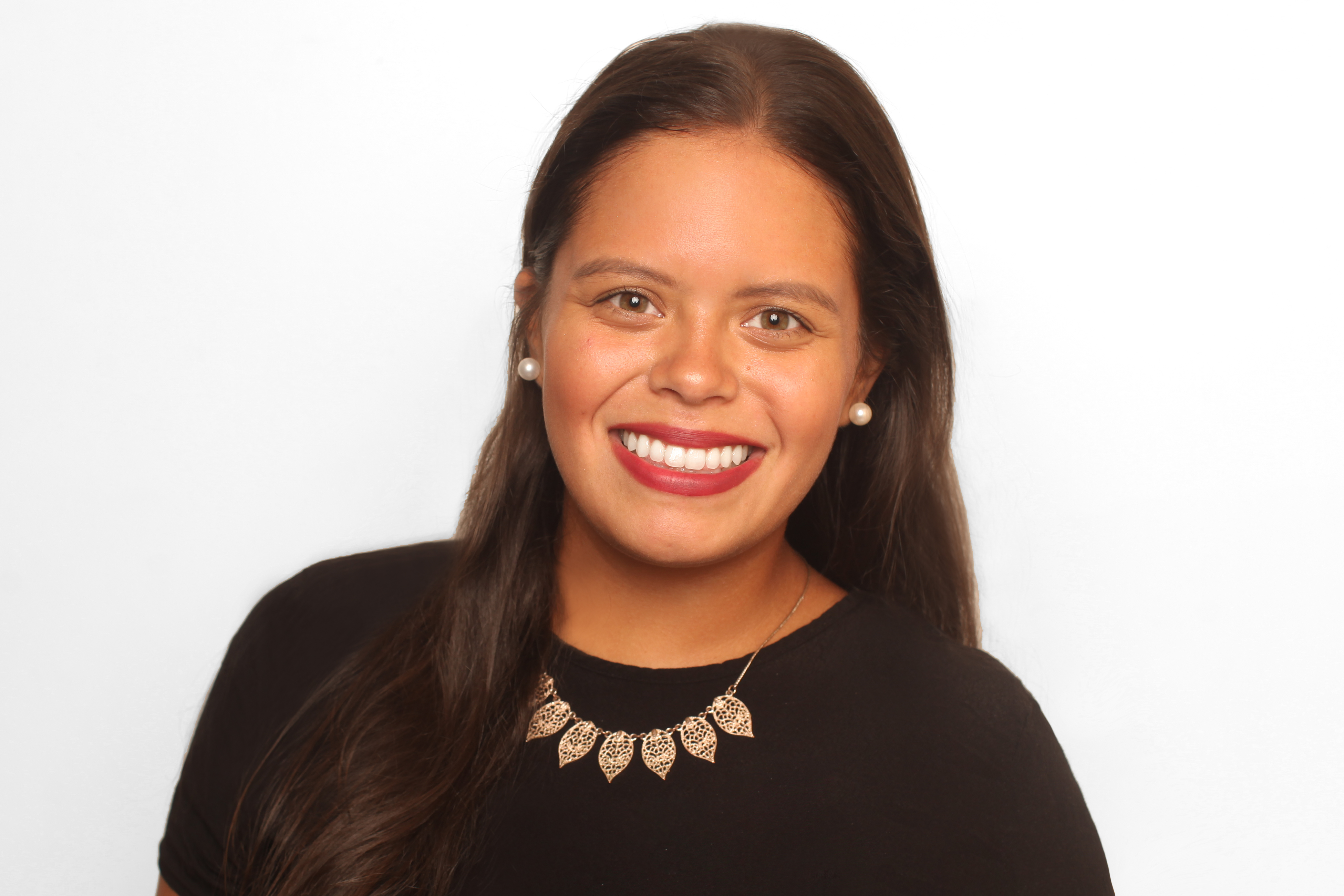 Liann Gutierrez
Guidance Counselor - Liann was born and raised in the Bronx, NY. She attended SUNY Cortland where she received her 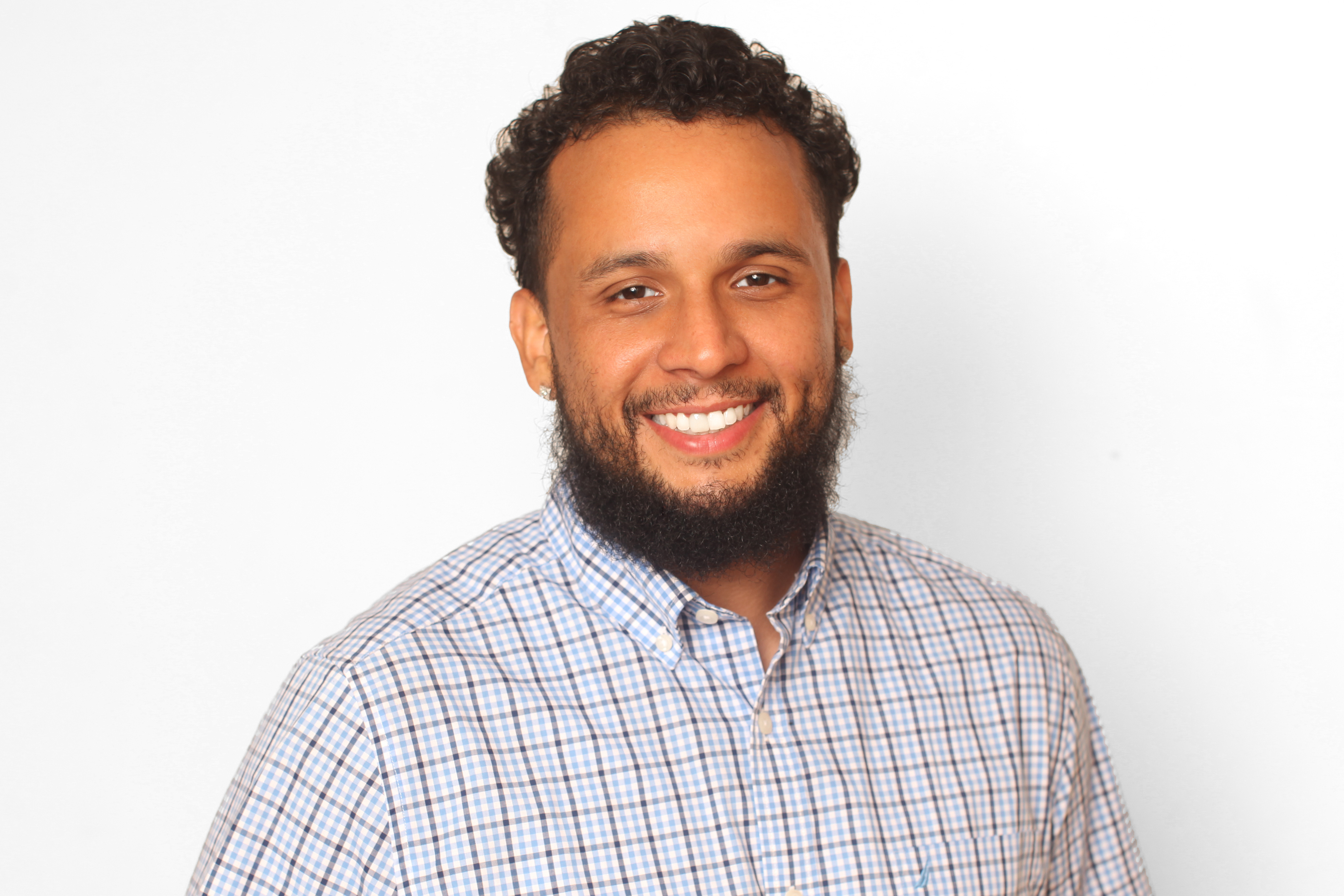 Joshua Hernandez
Restorative Practice Coach -  Born and Raised in the Highbridge section of the Bronx, Mr.Hernandez has always been invested in 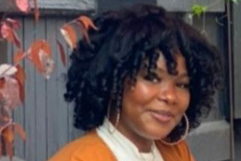 Cory Kellner
Teacher- Mr. Kellner is from California and is scared of winter.  He completed his college work at CSU Channel Islands

Jessica Moses
Teacher - As a young child Jessica enjoyed the opportunity to help her classmates, especially if they were having difficulty 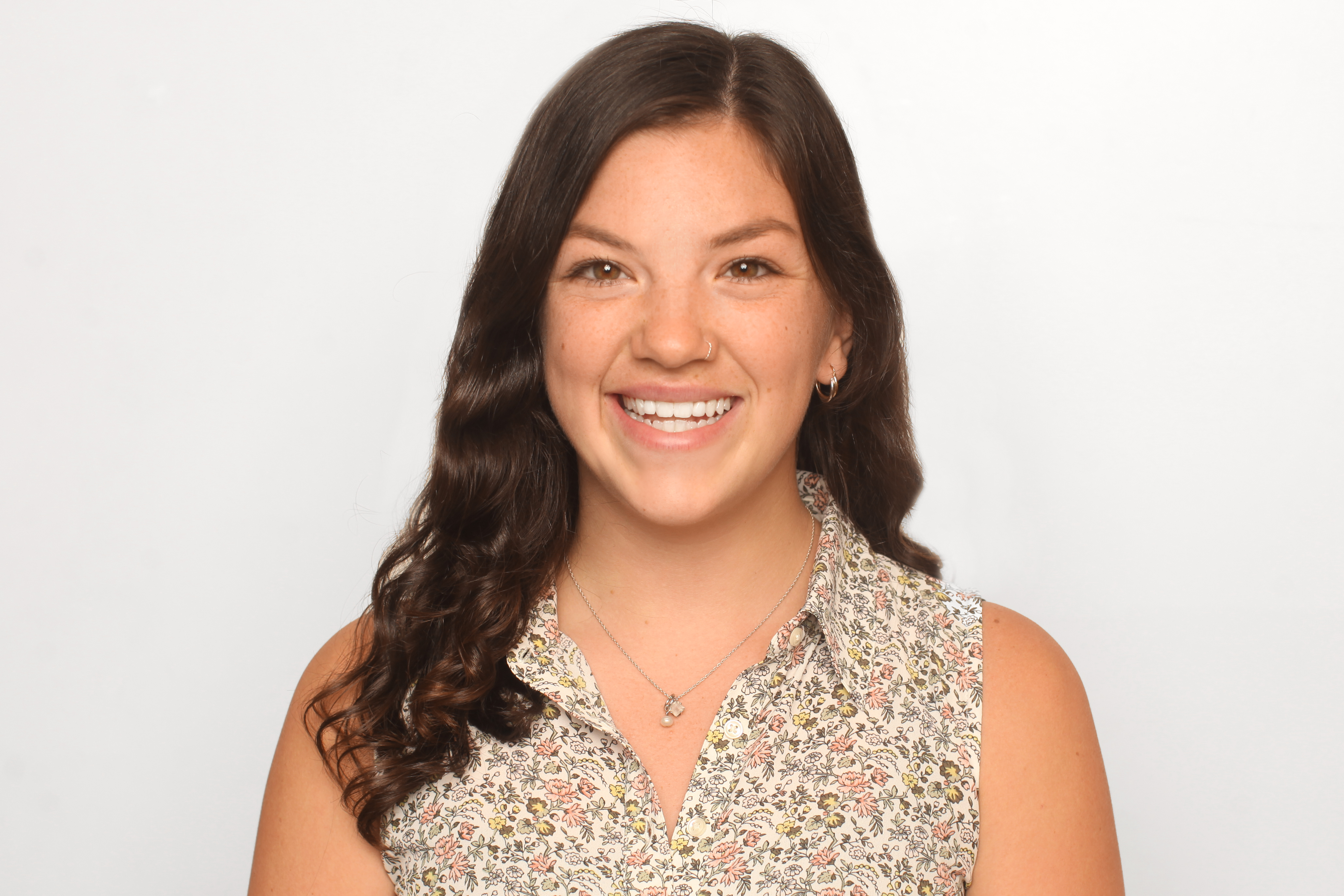 Rebecca Nissen
Teacher - Born and raised in the Hudson Valley, Rebecca is excited to be heading a bit further down the

Lauren Ringdahl
Teacher - Lauren Ringdahl grew up in Massachusetts and became a camp counselor at an early age. There, she realized 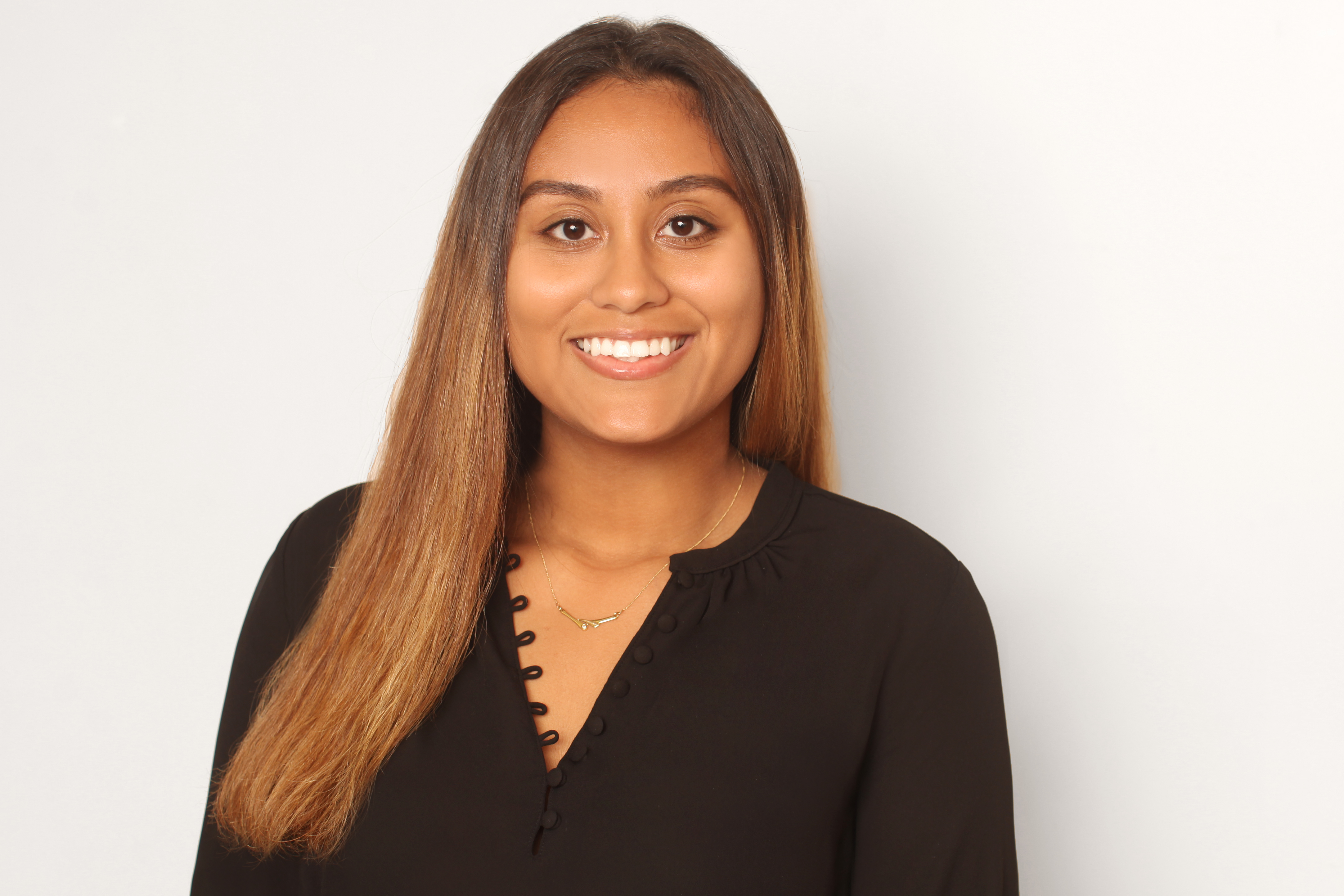 Jaylene Rubio
Teacher - Jaylene is very excited to join the Haven team! Jaylene was born and raised in Queens, NY where

Marcia Tineo
Teacher- Marcia was born and raised in Queens, New York. She attended elementary school in the Dominican Republic and returned

Janelle Walker
Teacher - Raised in the Bronx, Janelle is a proud Nuyorican and has always had a passion for acting and

Zennea Chetta
Director of Data and Technology - Zennea was born and raised in New York. She taught 1st and 4th grade

Morgan Ferris
Music Teacher - Morgan grew up in Cincinnati, OH where discovered her passion for music at a very young age.

Ronald Flemming
Technology Teacher- Ronald was born and raised in the Bronx, New York. Growing up in urban education, Ronald developed a 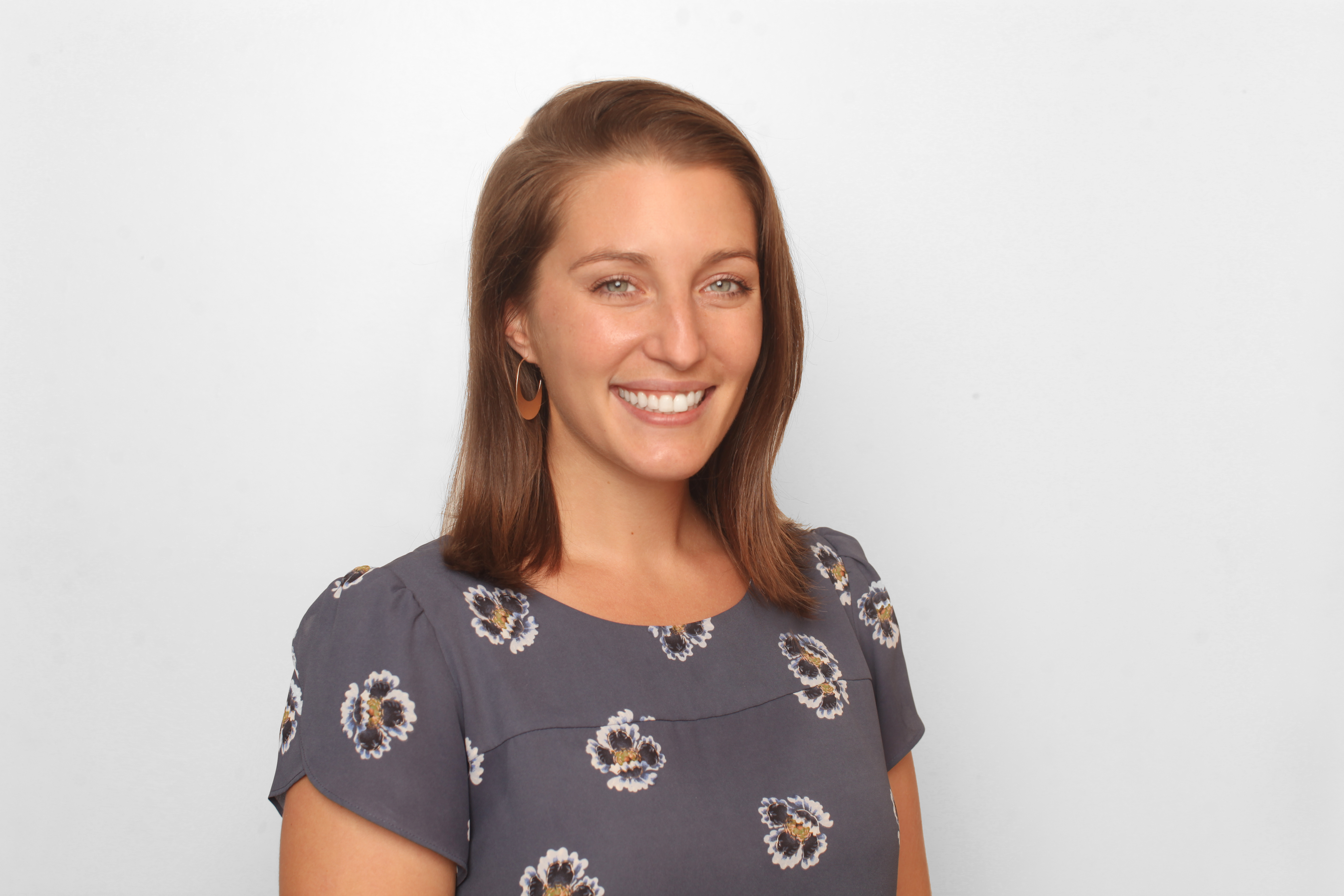 Alyssandra Jaquith
ENL Coordinator - Aly was born and raised in Westchester County, NY. She comes from a family of educators and

Lesohn Reagans
Teacher - Movement Teacher LeSohn “Sohnny” Reagans was born and raised in HARLEM, NYC. He has been working with children

Nicole O’Uhuru
Dance Teacher- Nicole O’Uhuru received her dance training at LaGuardia High School for the Performing Arts, where she received the

Toni Palmer
Art Teacher - Toni Lynn Palmer was born in Baton Rouge, LA, and was raised in Harlem. She recognized her

Terrie Mangrum
School Chef - Terrie was born and grew up on a 120 acre farm in Tennessee. She has fond memories